Key Differences Between the Executive Assessment and GMAT Exams 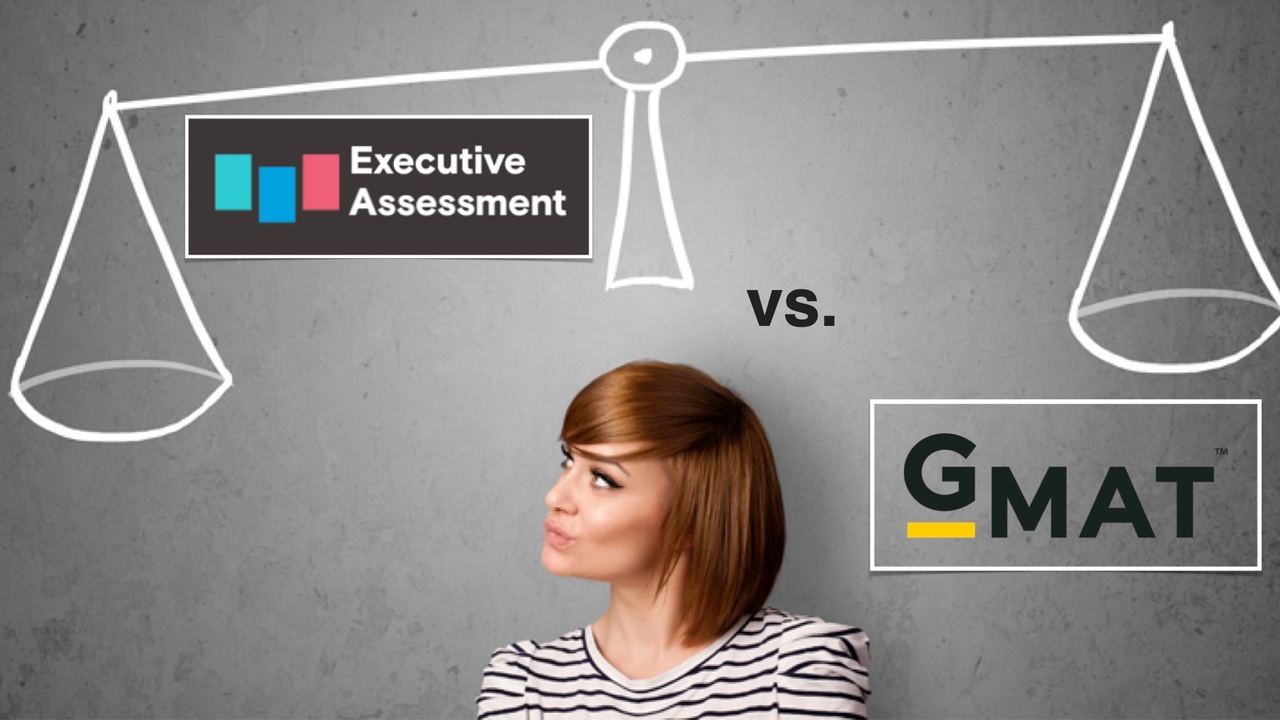 The GMAT has long been the standardized test used by business schools to screen applicants for admission. Recently, however, a new entrance exam has come onto the scene: the Executive Assessment (EA). The EA is rapidly gaining traction as more and more business programs are accepting it in lieu of the GMAT, and applicants are increasingly attracted to the Executive Assessment for a variety of reasons.

Given that the Executive Assessment was created by the same organization (the Graduate Management Admission Council) that created and administers the GMAT, some students mistakenly think of the EA as a shorter and easier version of the GMAT, "GMAT Lite" if you will. But there are several key differences between the two exams -- and those differences could make all the difference for you when determining which exam to take when applying to business school.

We break down the differences between the GMAT and Executive Assessment in detail in Episode 55 of The Dominate Test Prep Podcast, which you can listen to here:

There are five distinction points you should consider when evaluating the two exams. Let's take a look at each in turn.

1. Who each test is designed for

Generally speaking, the GMAT is used for admission to traditional, two-year full-time MBA programs while the Executive Assessment is part of the application process for Executive MBA (EMBA) and part-time graduate business programs. Indeed, the GMAT was designed by the GMAC specifically to test the quantitative and verbal skills that would suggest a candidate is ready for success in a business classroom, while the EA was developed with professional-level candidates in mind, understanding that they've been out of school for a while and are juggling full-time careers while applying to school.

Recently, however, the lines have become blurred in terms of which programs accept which exams. Many full-time MBA programs now accept the Executive Assessment in addition to the GMAT, for example. Before deciding between the EA and GMAT, then, your first order of business is to determine which exam your target program requires. That can be done easily enough by checking the application requirements as listed on the official "Admissions" page of the school's website. Alternatively, here's a list of schools and programs that accept the Executive Assessment, maintained and regularly updated by the GMAC.

2. Philosophical differences between the EA and GMAT

Here’s an interesting bit of trivia for you that speaks to the philosophical difference between the GMAT and Executive Assessment. The GMAT can be taken up to eight times total (no more than five times in a rolling 12-month period, at least 16 days apart). By contrast, the EA can only be taken twice. In a lifetime.

It’s because the demographics and experience level of the respective test-takers are different. Candidates applying to EMBA programs have years — sometimes even decades — of professional work experience and already bring a lot to the table in terms of leadership and career perspective. Admissions officers simply need a “threshold” measurement of their academic readiness; that’s what the EA is for. The GMAT, on the other hand, is more cutthroat. Students generally spend significantly more hours preparing for the GMAT, trying to eke out every last possible point in an effort to differentiate themselves from their peers and get accepted to the schools at the top of the MBA rankings. It’s normal for GMAT candidates to take the exam two, three, or even four or more times to maximize their score. That’s simply not the mindset of EA candidates (or at least it shouldn’t be). This doesn’t make the EA less important than the GMAT. Your EA score very much still matters. Rather, this difference speaks to the mindset you should adopt when preparing for the Executive Assessment vs. the GMAT.

3. The relative importance of Integrated Reasoning

The major difference between the GMAT and Executive Assessment in terms of the content that’s tested is that there’s no geometry on the EA. That’s pretty much it. All of the other question types and content areas on the Verbal Reasoning and Quantitative Reasoning sections are very similar on the two tests. Indeed, a lot of our students use the GMAT Official Guide as a source of additional practice questions when studying for the Executive Assessment (they skip all of the geometry questions, of course). Oh, and you don’t have to write an essay on the EA as you do on the GMAT.

BONUS: Want a better understanding of the content and question types tested on the Executive Assessment? Take our Free 6-Question EA Quiz to find out!

Be sure to watch our detailed video solutions for each question after completing the quiz. We review key concepts and teach several valuable test-taking strategies that will serve you well on similar questions in the future. The quiz questions are relevant for the GMAT as well.

The easiest way to learn what you’re in store for in terms of the format and structure of the GMAT or Executive Assessment is to review the relevant page on the official websites for each exam:

We do want to highlight one important difference that's not explained very well on those pages. Both the GMAT and Executive Assessment are computer-adaptive exams, but they're adaptive in different ways. The GMAT is a question-adaptive exam, meaning that the difficulty level of each question is determined by whether you got the previous question right or wrong. As such, you can’t skip questions on the GMAT. You must answer the question currently on your screen to get to the next question, and you can’t go back once you proceed. The Executive Assessment, by contrast, is a section-adaptive exam, meaning that there are blocks of questions that have been pre-determined and don't vary based on your performance. As such, you can mark or skip questions within those sub-sections and come back to them later. This gives test-takers a bit more flexibility on the EA in terms of how they navigate the sections. This formatting difference shouldn’t be the sole reason you choose to take one exam over the other, but it is important to know and understand from the standpoint of test-taking strategy.

Assuming the MBA program(s) you’re applying to accept both the GMAT and Executive Assessment, the question becomes: Which should you take? There isn’t an easy answer. A lot of it comes down to personal preference and relative strengths and weaknesses. We’ve highlighted a lot of differences between the two exams in this article, and hopefully you now have a clearer sense of your decision points. Remember that different just means different. Not better/worse. Not easier/harder. Not more important/less important. Just different. And ultimately, as with most things in life, we’re able to excel at whatever we put our mind, effort, and energy toward. So pick one, commit to your preparation, and we’re confident that you’ll be able to dominate your exam on test day!

Stay connected with news and updates!

Join our e-mail list to receive the latest news, tips, and test-taking strategies for your exam. Don't worry, your information will not be shared. Just high-quality content delivered straight to your inbox to empower you to a higher score, guaranteed!

Yes, I want to stay connected with Dominate Test Prep!